An Alternative Approach to Teaching History? 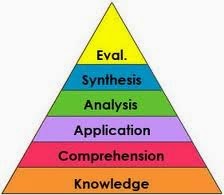 Over the past several years, I've found Dan Carlin to be one of the most entertaining and thought provoking podcasters that I've listened to. For some, he is grating, irritating, and frustrating. He doesn't use the standard narrative. In fact, he steadfastly refuses to. Both of his podcasts, Common Sense and Hardcore History, strive to look at current events and history from what he calls a "martian" perspective. In many ways, I consider Dan to be the most "testerly" of podcasters. He strives to take views and commentary from all sides, consider the possibilities and the arguments made, and then presents them in a way that boils down to central themes and core ideas.

In his most recent podcast (Common Sense 281 – Controlling the Past), he makes a few points that I think would be immensely helpful in regards to not just K-12 education as it relates to history, but the entire way that we teach any subject. Perhaps it's the contrarian in me, or perhaps it reflects my own frustrations and misgivings with the way that school is taught, but I think we do several things wrong, and the net result is that many children develop a serious aversion to actual learning and discovering the joy of learning and education.

I am currently living this reality with my three children. I now have a college freshman, a high school sophomore, and an eight grader. I see what they are currently trying to do to get through their days in their various schools, and the adaptations each has to make. Ultimately, though all three are slightly different, they tend to suffer from the same problem. We operate our schools on the notion of facts and figures and dates and formulas that need to be memorized, need to be spit out on tests, evaluation is made, and then we move on to the next bit. Sometimes, this works well. Sometimes, it doesn't. As an adult who works in an ever changing landscape, I've had to embrace a different approach to learning. Also, as a software tester, I've had to often approach learning from a skeptical and often even cynical viewpoint. I'm not paid to say the product works. I'm paid to try to find out where it might be broken. My entire workaday life is the process of disproving and refutation... and I get paid for that ;).

Back to Dan and this podcast... one of the things that Dan highlights, especially in history, is that we tend to go through waves of revisionism. Fifty years ago, the Founding Fathers were near mythical deities. today, in many circles, they are seen as greedy despotic "white men" who built a society on a veneer of freedom at the cost of slavery and subjugation of others. every few years, there seems to be some tug of war about whether or not we should be exposing every one's sins, or instilling virtue through printing hagiography. Dan's thought, and one I share, is "why are we doing either?". In other words, if we truly want to teach history and what has come before, why are we necessarily giving one narrative more air time than others? What if, instead, we did something similar to what the news magazine "The Week" does? For those not familiar, The Week is a journal that presents many of its stories and headlines as a distillation of a variety of views from different sources. If a topic is going to be presented, it would take headlines and stories from both "liberal" and "conservative" pundits, publications and writers, and generally avoid making an editorial of its own, with the exception of actual editorials that it publishes, and clearly states as such that the writers are doing exactly that.

What is the purpose of this type of presentation? It actually allows for the reader to synthesize what they are reading, see the various viewpoints, the pros and the cons, and even the inherent biases of each side, and then leave it up to the reader to reason out what they are reading and what it actually means. It also helps give a more balanced view of the events and the key players. Rather than force a viewpoint based on an ideology, it allows the reader to process what they are seeing and apply their own litmus test to the material, and let them look for the coherence or the inconsistencies, something that testers are very well familiar with doing. Think about what history would look like if we allowed this same approach. We don't tell the story or George Washington or Geronimo or Martin Luther King from just one side. It isn't hagiography or character assassination. It isn't sanitized or prettied up to meet an agenda. It's given as is, with the idea that the reader discovers who the people actually are, and that they really are just that, they are people. Possibly extraordinary, possibly flawed, almost always misrepresented. Gather multiple views, present them as is, and then let the student actually practice some critical thinking skills, synthesize the data presented, and then (gasp!) actually give an opinion or discussion on what they've covered.

It's possible I may be completely insane proposing such a thing, but ultimately, I think the benefits would be huge. We talk a mean game about the importance of critical thinking. Wouldn't it be awesome to actually let students, I don't know... critically think?! Also, and I may just be speaking for myself here, but wouldn't this also make the idea of studying history (or any other subject) way more fun? As a tester, the ferreting out of the causes and effects, and advocating for the information discovered, is a huge part of the fun of testing. How great would it be to actually let students experience that in their everyday learning?

Again, it's a scary and bold proposition, but I'm just crazy enough to think teenage students are able to handle it, and might actually learn to enjoy these subjects in a way they've never really been able to before. What do you think? Realistic objective? Pie in the sky dream? If you had the chance to reshape how primary and secondary education were presented, what would you do?