Aikido and the Goals of Certification 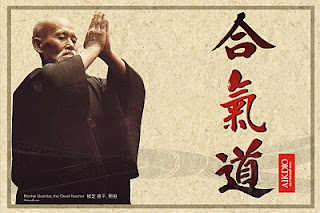 I think it is only fair to state that, at the current time, I do not hold any tester certifications. Therefore, please realize that what I am about to say may ruffle feathers, and some may have counter arguments to what I have to say, and there will be those who will say that I don’t know of what I speak because, hey, I don’t have a certification, so how would I know how valuable they are? The short answer is this; I have nothing but my own observations and my own experiences to speak to this, but I will offer that I am perfectly willing to admit that I don’t know what I don’t know.
Having said that, I will give a simple comparison to a sport I participated in for awhile. Back what seems like a lifetime ago, I participated with a dojo and practiced the sport of Aikido. I enjoyed it for a time and learned a lot about the techniques necessary for handling falls, disarming opponents, and performing and receiving throws. The interesting thing about Aikido is that you really cannot progress unless you show your ability, and there is a group review of your actual skill, in real time, under adverse conditions (the higher you place, the more difficult the tests become). In short to move out of the ranks of the “Kyu” (the student ranks)  and become a “Dan” (the master ranks) you have to really show that you know your stuff and prove it over and over again.
This brings me back to my current impression of certifications (and notice the words I chose to use, this is my opinion colored by my own experiences or lack thereof)… most of the Q.A. certifications that are mentioned and are bandied about focus on taking a multiple choice test. If you pass the multiple choice test, you are certified. In my view, this is like going into the middle of a dojo and testing for a rank by answering questions. While it may be great to have the book knowledge as to how to disarm an opponent with a knife and pin them, would you feel confident in this student’s abilities if all they did was answer a question about how they would disarm someone? No. Would you feel confident if you physically witnessed them disarm several opponents armed with knives? Yes!
In my mind, this is the big thing that is missing from most of the certification paths that I have seen to date. There is a lot of emphasis on passing a multiple choice test, but little emphasis on solving real world problems or proving that you are actually able to do the work listed on the exam, or that you genuinely possess the skills required to test effectively.  The other issue that I have with this is that, just like in an actual real world confrontation, some of the best practitioners of Aikido may not be the best at articulating each and every step, but my goodness they are whirlwinds on the mat and on the street! This is because they are instinctive, and their training has been less on the intellectual explanation and more on the raw “doing”! Don’t get me wrong, both skills are important, especially if one of your goals is to teach, but if I had to choose over the person who could analytically explain the situation but didn’t have the physical speed or dexterity to handle a situation quickly and effectively, versus the person less apt to explain but can quickly overcome an opponent, give me the latter any day. Likewise, in the certification sphere, I think it’s safe to say there are a number of testers out there (maybe a few of us have had experiences with them) who can pass a test, but in the real work crunch situations, may not perform as well as the paper says they can.
Now, again, it’s not my intention to poke at certifications, especially since I’ve already admitted that I don’t currently hold any (and for that matter, I only went through a couple of Kyu ranks in Aikido before life and its myriad of distractions took me away from my studies, so feel free to take that for what it’s worth, too), but I have watched a number of the higher ranking exams and witnessed the awarding of a Dan rank, and I can say with a surety that that was a person I would love to have with me in a rough neighborhood. I saw when she walked into a dojo that she had the appropriate trappings, including the black Hakama and belt that officially showed she was a Dan level Aiki (what we stateside would call a “black belt”), but she more than demonstrated that she deserved that Dan ranking by her movements on the mat.

Likewise, I am looking for a similar way to show my skills, or to develop them (as I say in the sub-text of this blog, this has to do with the mis-education and re-education of a software tester and others who may be dealing with similar challenges).  Were there to be a national or international and officially recognized certification that truly did such a thing, I would be greatly receptive to learning and sitting for such an examination. It’s very likely that I would learn a lot about what I did not know, and that, metaphorically speaking, I might be able to explain some situations but not fend them off in real practice, or be able to fend well but explain poorly.
Kinda’ like real life.
Posted by Michael Larsen at 6:00 AM

I love the tone since it's critical, but constructive. Also, I love analogies and use them everywhere myself and your analogy with martial arts is quite fitting. I think it quite nicely clarifies the difference between knowing something (read: studying the theory, maybe watching someone else do it) and embracing it (read: actually being able to do it yourself).