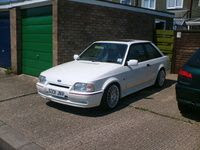 In the wake of the issues surrounding the Toyota and Lexus recalls, I have been thinking about cars a lot lately. Specifically, I’ve been thinking about the cars I’ve owned over the years and the various challenges they all have posed (or not posed). During my life, I have owned cars from the 70’s, 80s, 90’s and 00’s. Some have been gigantic vehicles (my 1971 Ford LTD Wagon had an engine that would put to shame most full sized trucks of today), and some have been a bit smaller (my 1975 AMC Hornet was an early example of what would come to be known as the “economy car”). I’ve owned what were considered top shelf cars (my 1978 Saab GLE, a true boutique car with seriously finicky boutique needs for maintenance) and genuinely bare bones vehicles (my 1990 Ford Escort Pony had no power anything in it, and was purchased for $6,000 brand new).


Looking back on all of these vehicles, one thing stood out. All things being equal (equal maintenance, equal attention to the wear and tear and replacing of items), the vehicles with the best longevity and the best overall performance (not referring to speed or handling, but costs to maintain during their lifetime) the simplest of my vehicles has to date gone farther and less expensively than all of the others, and that would be my 1990 Ford Escort Pony. In fact, between me and my brother, we drove that car relentlessly for ten years, averaging 100 miles per day between us, and finally retiring it after it had logged just shy of 300,000 miles (for those who are familiar with American cars prior to the 1990’s, you will understand why this astonished both of us over the years).


My brother, who is a pretty adept auto mechanic , told me why he felt the Escort did so well for so long. Since at the time, I was scraping together whatever money I could, and couldn’t afford an expensive car, I opted to buy a car off the lot that was the absolute base model. Manual transmission, no Power windows, no A/C, no power steering, no power braking (heck, it didn’t even have a radio when I first bought it, though I did put one in after the fact)., all of this added up to the fact that the amount of moving parts and electronic connections were limited to the bare essentials. In short, little went wrong because there was so little that could go wrong.


I’ve often thought about this when I’ve approached testing projects and testing methodologies. Many who have heard me talk about testing have heard me reference my “trusty old pony” as a testing metaphor. For those who haven’t heard it, here it is… just as the Ford Escort Pony had so little that could go wrong, one should make tests that, for the most part, as a simple as required to test the feature and perform the task. Just enough detail to accomplish the task successfully, but no more. Some people have criticized me for this in the past, asking for “more details” and “more explanation” when creating test plans or adding test cases (often times, just for the sake of adding test cases and no other reason). Past experience has shown me that the added documentation was rarely used, and that the added details often didn’t result in better test cases. More maintenance was required to keep the documents and tests up to date, absolutely, but there was not a direct relation to better testing or better performance. The process ran well when things went well, but there was a heavy re-do charge when things had to change (reminds me a lot of my 1978 Saab; a dream of a car when it ran, but very expensive to fix, and it seemed to need to be fixed an awful lot).


For those who find that they are looking at doing a lot of document maintenance, test case maintenance, and a lot of rework because of a lot of tests that promise to do much but don’t really seem to deliver, consider my “trusty old pony”, and try to see how much you can do with simple and focused plans and tests. I believe the time you will save in maintenance will translate to more and better testing, all things being equal. Happy driving :).
Posted by Michael Larsen at 6:00 AM