My son recently had a birthday, and as a present, my Mom and Dad gave him their older model 1997 Buick Park Avenue Ultra sedan as a vehicle for him to drive. It's a far nicer car than I ever had as a teenager, let's just put it that way. 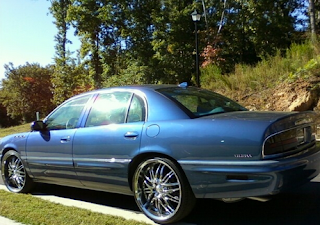 However, we had some unusual problems with it as soon as we took ownership of it. Each morning, we'd come out and we'd try to start the car... nothing. Wouldn't turn over. We charged up the battery from a jump from my car, started it, drove it around for a bit, turned off the car, came back a few minutes later, restarted it, and it started fine. Next morning, again, nothing.


Hmm... maybe it's the battery. Called my Dad, asked him about how old the battery was. He said probably about six or seven years, so possibly the battery could be old and needed to be replaced.


All was good, we drove it for a awhile, brought it home... next morning, go to start the car... nothing.


At this point, I was about to leave for a conference in Madison, Wisconsin, so I didn't have time to look at it. We called and we made arrangements with our friendly neighborhood mechanic for a thorough inspection of the electrical system when I got back. As I was away, though, I called my Dad, a bit frustrated, and wondering what was going on. In this process, while we were talking, we both remembered something interesting. 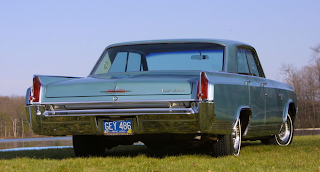 Way back, as a kid, my grandfather had a 1963 Oldsmobile Ninety-Eight (actually, my dad still has this car). A classic old school vehicle that was long, wide and just plain massive. I remember several things about that car, but the one that I always though was most amusing was the fact that you could pull the key out of the ignition while the car was running, and the fact that it had an option to "back tick" and turn everything on in the car when the car was "off". Of course, that "back tick" was dangerous because, well, it was easy to pull the keys out and think the car was "turned off" when it really wasn't....


I went out to the car, did yet another "long charge" from jumper cables from my own car. started the vehicle up, and then started to play with the key. Lo and behold, it came out of the ignition after the car was started and running.


Was it possible that there was a "back tick" option as well? I turned off the car, and rocked the ignition back one more click. Sure enough all of the electric items in the car came to life, and as I pulled out the key, they kept running. Since I kept the radio on to test this, that gave me the confirmation I needed. This 1997 Buick Sedan, at least as far as the ignition and electrical system, behaves exactly like the 1963 Oldsmobile Ninety-Eight.


With that knowledge, I needed to figure out a way to "key" my son in on this. Turns out, a sharpie marker on the steering column did the trick. Now he knows to look and see if the notch in the key housing lines up with the Sharpie mark. If so,  then he knows the vehicle is turned off. With that, we have since had no surprises in the mornings. Car starts, all works fine.


This was a great little reminder that, sometimes, things we remember from long ago may help inform our actions here and now. Had I and my Dad not remembered that old behavior of my grandfathers Oldsmobile, we might not have thought to check for that. Since my Dad remembered it so well (in fact, still deals with it because he still drives the 1963 Oldsmobile and until recently drove the 1997 Buick), he never gave it a second thought. He instinctively knew what to do to prevent that issue. As for me, having not personally driven a GM car regularly since I lived with my parents (well over 20 years ago), I likewise might have never thought of it, save that time many years ago that my grandfather said "hey, here's a neat little trick with this car!"


Next time you find yourself testing something, and seeing a behavior that seems odd, but likewise strangely familiar, do some digging back into the memory banks. It's possible you might find a clue in something you learned, saw or remembered long ago.
Posted by Michael Larsen at 7:00 PM