That's Great, But How is This Helping Your Testing? 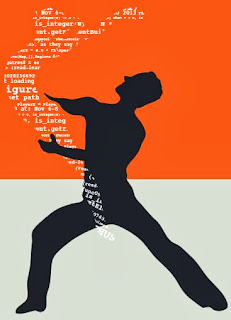 When I went to Øredev last week, I had a whirlwind of emotions, experiences, learning and changes of perspective. While I enjoyed many of the sessions I attended, and certainly enjoyed giving the two talks that I did, I think it's safe to say that one of the most valuable lessons from this trip happened between sessions I attended, at a table in the lounge area, during a conversation I was having with James Bach.

James and I have had a number of chances to talk in the past, but usually they have been in group settings. I think this may have been the first time that James and I had an extended conversation that was just the two of us. He was commenting on the fact that I had been writing a great deal recently, and that I'd been reading a lot and talking about what I'd been reading in my blog.

During the course of the conversation, we were discussing a number of the books and ideas I'd been writing about, and James homed in on a particular question: "Can you tell me which of these books you have been reading have had a definite impact on your approach to testing, and if so, what is it?" I talked about a variety of books, including my beloved James Burke's "The Day the Universe Changed", and its focus on the interconnected nature of events and discoveries, and how I strive to look for those interconnection points. I gave several examples, and he said "That's great, but how is this helping your testing?" I had to think about it, and I tried explaining the nature of understanding what I know and why I think I know it, and referenced several other books in the process, including "Good Math" by Marc C. Chu-Carroll and how understanding and articulating logic has helped me be more focused and attentive to my assumptions. Again, the same question was asked: "That's great... but how is that helping your testing?"

Through this conversation, I came to a realization... I enjoy reading, writing, and applying ideas to how I test, but I struggle with making clear connections in my own narrative and how I work to actually bring home that point. Sure, I read a lot, and I get ideas, and I can focus on key principles that are interesting, informative, and certainly applicable, but if I cannot readily explain why what I am reading is applicable, or how I am personally applying it, then my effectiveness as a tester is not going to reach its full potential. James emphasized that there are many things that we do as individuals that we struggle to explain. He said he realized he was at a similar point several years ago, and decided that he wanted to make sure he could ground his ideas very clearly, and with unambiguous language, wherever possible. He said he wanted to not just explain what he was doing, or how he was doing it, but why he was doing it. Not just for himself, but so that he could readily articulate it to others and be sure that they understood it.

At the end of the conversation, James handed me a book and asked that I give it a good read and ponder its message. That book is "Rethinking Expertise", by Harry Collins and Robert Evans. It emphasizes a different perspective on how we look at "tacit knowledge", which is knowledge that we have, and skills that we use, but that we have difficulty explaining. James made the point that, as he saw it, I had developed a broad body of tacit knowledge related to testing, and that I was trying to explain it in my writing, but that I had difficulty articulating exactly how I was applying the knowledge I had gained. He suggested that might be something I work on going forward.

I am happy to accept the challenge. My plan is to do exactly that. In future posts, if I am reviewing a book, discussing a technique, or considering a controversy, I will make every effort to try to explain, either in the narrative or in its own side bar, exactly what I feel this topic, book, tool, or skill is bringing to my testing. I'm also willing to bet it will be a much harder challenge than I am currently anticipating it will be. Either way, this fits into my talk and personal philosophy about "not faking it", and I welcome the opportunity to make good on that promise :).
Posted by Michael Larsen at 9:15 AM