Coyote Teaching: Watch How It All Came Together 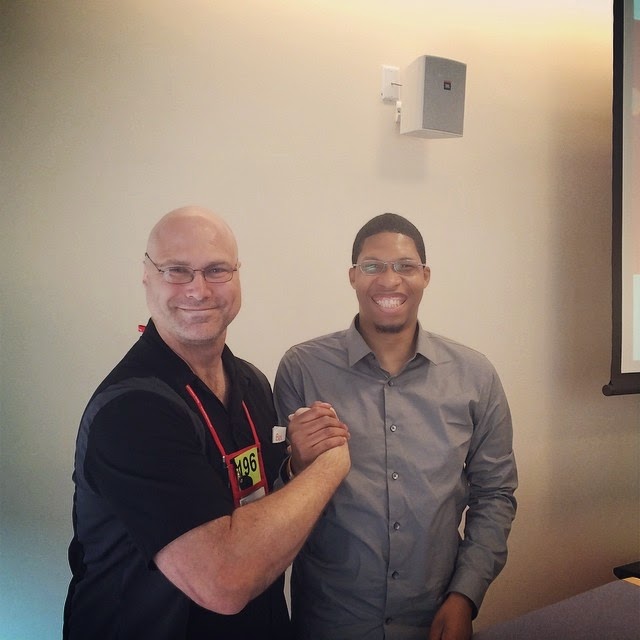 Harrison Lovell and I decided to try an experiment.

What if a mentoring pair (a person relatively new to the software testing world and a longtime practitioner) were to work together and look at the way that mentoring is performed?

Could we learn something in the process?

What if we tried something novel, and looked at mentoring relationship all over the world, both current and ancient?

What would we find, and could we learn from them in a way that might prove to be useful to us today?


With that, we embarked on a several month voyage (mostly performed over Skype and email) and decided we'd give a try at a method that takes its cues from ancient cultures. Those methods are called "Coyote Teaching", and we opted to be the Coyotes :).

During CAST 2014, which was held this past week at the Helen and Martin Kimmel Center in New York City, we had the chance to present this topic and approach, and Huib Schoots, a friend of ours, was kind enough to record the whole talk. For those who would like to see it, it is here in its entirety:

I want to congratulate Harrison on his first conference talk, and to thank him for his enthusiasm, as well as his hospitality while showing me around mid-town Manhattan during the week (I should also mention that this was the first opportunity we have had to meet face to face).


I am also thankful to those who gave us valuable feedback to make the talk even better than we originally envisioned. My thanks especially to Alessandra Moreira for helping me go over the fine points of the talk and acting as the counter debater to help poke holes in the ideas we were going to present.