A World Without "Heroes"? 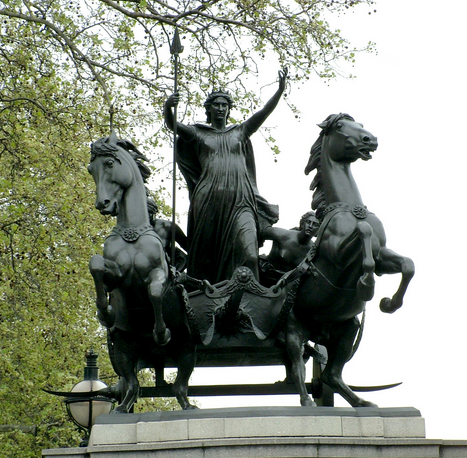 As is often the case, there is a two level thought process that goes into every one of my "Uncharted Waters" blog posts. The first is the thought and consideration that goes into the lead up to, the writing of and the making public of the post. The second is what happens usually within the first twenty-four to forty-eight hours after the post goes live, because I will get a comment or a thought from someone that will make me slap my head and say "Oh! Yes! That! That would have made sense to say!"

In my most recent Uncharted Waters entry "Heroes, Hubris and Nemesis", I decided to take on the "hero culture" that tends to exist in various companies, and the fact that, instead of them being shining examples of excellence, instead, those so called heroes are very likely the bottleneck to their team. I then spent the rest of the article giving advice about how to deal with all of that.

"Oh! Yes! That! That would have made sense to say!"


Here's where I think we really could make a difference. What if, instead of calling the person that does these things a hero, we used terminology like this instead? What if, for the people that hoard expertise, we called them out for doing exactly that? What if we made the perpetual online and self-flagellating martyr of the team out to be the problem rather than the savior of the organization? Would behavior change? I believe the answer is yes.

Alan Page and Brent Jenson talked about this in Episode 14 of "AB Testing" back in December. They likewise described a "hero" on their team and the way they did things. Brent described the challenge he had with a person that had no desire to teach others, because if others were taught, they wouldn't be special any longer. In addition, what was really happening was that, due to the existence of this particular hero on the team, management didn't have to invest the time or emotional energy in the rest of their team, because their hero was there to save the day.

What if, instead of extolling the hero, this team instead called out that behavior as anathema to their success? What if management had instead insisted that this person be given advancement based on how well and how frequently this person crossed trained the team, and made it clear that any opportunity for advancement would hinge on their ability to teach others and bring the whole team up to that person's level? What if, instead of praising the "hero" instincts, the management instead called out their opaque approach and unwillingness to share as fatal detriments? Do you think the entire culture of that team would have changed? I certainly do. One of two things would have happened. Either that person would have worked hard to train up the team, or that person would have left of their own accord because they would realize that their "heroics" were not going to be their differentiation. Either way, the team would have been better off, because the team as a whole would have to deal with the imbalance of skills. By relying on the hero, management was taking the lazy way out. They (management) didn't have to invest the time and energy in the rest of their team, the hero got to play the public martyr, and everyone was happy... at least until a crisis came where the hero couldn't step up.

My solution was to make a team of heroes, but perhaps the better way, the more appropriate way, is to try to remove the hero moniker from those who are not working to help the entire organization succeed. It would take a lot of guts, but I think the teams willing to do the latter will long term be better off than those who don't.
Posted by Michael Larsen at 6:36 PM