On Community, or "Building Your Perfect Beast" 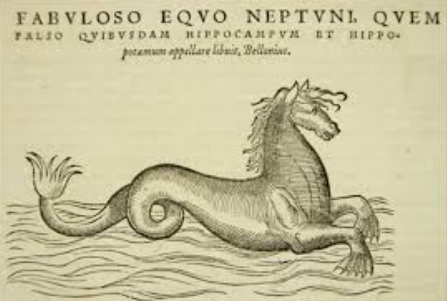 This is going to come across as perhaps a bit scatter-shot, because it contains thoughts that address a lot of things that I am involved in. Each of these could be addressed in a number of different places, and in time will very likely be addressed there, but for right now, today, I am going to separate my various public personas and address this as just me, right now, In my own sphere. What you are reading right now has both nothing to do and everything to do with the Association for Software Testing, the Miagi-do School of Software Testing, Weekend Testing Americas, the Bay Area Software Testing Meetup group, and the freelance entity that is TESTHEAD. For right now, I am addressing this as me and only me. The remarks that follow are not necessarily representative of any of those other initiatives and the other people involved in them.

One of the key messages I received loud and clear about the world of software testing and those who are involved in it is that there is a bit of an identity crisis happening. The world of software development is changing. Long standing biases, beliefs and processes are being disrupted regularly. Things that worked for years are not working so well any longer. Business models are being upended. The rules of the game and the very game itself is being re-written, and many people are waiting to be shown the way.

One of the things I have witnessed time and time again is that there is no end of people happy to consume materials created. I'm very much one of those people, and I enjoy doing so. However, at some point, there comes to be a space where there is a limit to what can be consumed and a void as to what is there. Something is lacking, and a need that is not being fulfilled. It's very easy to ask that someone fill that need, and complain when that person or group does not do so. I remember very well being called to task about this very thing. Back in 2010, I lamented that no one had brought Weekend testing to the Americas, that I had to attend sessions hosted in India, Europe and Australia, often either late at night or early in the morning for me. Joe Strazzere set me straight very quickly when he said (I'm paraphrasing):

"Perhaps it's because no one in the USA values it enough to make it happen. YOU obviously don't value it enough either. If you did, you would have already made it happen!"

That was a slap, but it was an astute and accurate slap. I was lamenting the fact that something I wanted to consume wasn't readily available for me in a way that I wanted to have it. I was waiting for someone else to create it, so I could come along and feed at the counter. Instead, I realized someone had to prepare the food, and since I wanted to eat it, I might as well prepare it, too. The rest, as they say, is history, and to be continued.

I want to make a suggestion to those out there who see a need, an empty space, an unfulfilled yearning for something that you have identified... is there any reason why you are not doing something to bring it to life? Are you waiting for someone else to give you permission? Are you afraid your idea may be laughed at or criticized? If you are a software tester, are you suffering from the malady that you see a problem for every solution? If so, I want to assure you that I understand completely, as I have been there and find myself in that position frequently. Perhaps you feel that you are alone in your frustration, that you are the only one who finds it frustrating that something you care about is not being addressed. While I was at STP-CON, and during Kate Falanga's session, we discussed the three layers of engagement and change/influence. The first layer is ourselves, the second is our team or organization, and the third is the broader community. There's a very good chance that any void you are seeing, any initiative that you hope to see championed, has many who likewise want to see a champion emerge.

My advice to all out there is to stop waiting for someone else to Build the Perfect Beast, and instead, start building your own. Once you start, it's a good bet others will want to get involved as well. No one wanted to do Weekend Testing in the Americas until I was willing to throw my hat in the ring. In short order, others decided they wanted to get involved as well. Some have come and gone, but we are still here and many have helped us solidify what we do. Our Beast is not yet perfect, but it's getting there, and we've learned much along the way. Same goes for every other organization I am involved in. Major movements do not happen by timidly waiting for someone else to take the lead, and they don't come about by asking for permission to do them, either. If you see a need that is not being met, try to create something that will meet that need, even if you have to do it alone at first. My guess is, over time, others will see what you are doing and want to be part of it, too. Do be warned, though, the desire to create is addicting, and you could find yourself a bit over-extended. On the other hand, you may be having too much fun to care :).
Posted by Michael Larsen at 1:27 PM