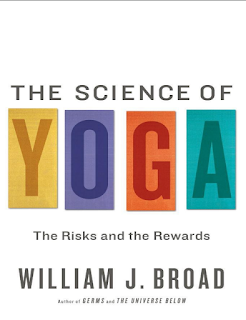 When I made a commitment to lose weight, get back into shape, and take control of my aging process, I had to come to grips with the fact that years of weight lifting had left some parts of my body in less than optimal condition (yes, elbows, I’m looking at you). Finding exercise I could do that would be effective, help develop strength, flexibility, & endurance, and overall not exacerbate issues I already have, friends encouraged me to look into yoga.

I’d long eschewed yoga because of the tendency of people to put a lot of “woo” into it. As a software tester, I’m a professional skeptic. The pronouncements around yoga had long been high on spiritual and cosmic wonders, touted as a cure all for everything from depression to cancer. Also, I’m comically non-flexible, so I figured this was just not for me. Over time, though, I decided to try it, and in the course of a few months, I saw some marked improvements in my physique and strength, but also in my overall mood. In short, I felt great, and yoga practice had a hand in that. But still, come on, all these goofy claims… isn’t there someone out there willing to take on the topic and do a MythBusters on the “woo” of yoga?

Turns out that, yes,  there is.

William J. Broad is a lead Science writer for the New York Times, so he has the skeptical science part down. He’s also a long time yoga practitioner, starting his practice back in 1970. He, too, was curious about many of the claims, and decided it was time to examine the history and scientific research. The Science of Yoga delivers on its title, in that is investigates, objectively, the benefits and the detrimental aspects of yoga.

Yoga is a fascinating culture. It’s both ancient and totally modern, deeply tied to ancient Indus Valley history and practiced for millennia, and it is the hip go-to cultural balm for our busy times today. It’s steeped in Hindu tradition, and actively used by those with no understanding whatsoever of its long history or spiritual connection. It ties together isometric physical training, breathing, meditation, focus and body manipulation into a fully systemic training approach. It’s adherents can approach the subject with a reverence bordering on hagiography. Broad does his best to be objective, skeptical, and play by the book, but at times even he admits that what science has studies and objectively reported on doesn’t entirely add up with the combined experience of its adherents, including himself.

The book is broken up into several sections, addressing the history of yoga, and really only covering a small slice of the yoga experience. Each section takes on a bit of the history surrounding claims, including anecdotes and historical references to writings and studies done in India, Europe and the U.S. & Canada. He then shows where scientific studies have been performed (or not), the limitations of said studies and shortcomings, as well as where findings are contradicted or confounded by everyday practice. While Broad makes the point early on that science does not have all the answers, it corroborates more than it refutes.

Several broad chapters look at specific areas like overall health & fitness, weight loss & metabolism, mood & psychological health, risk of injury & healing properties, sexual health & performance, and creativity. The short answer is that there is some hard science behind many of these aspects, and in many cases, the science backs up many of yogas claims. It also debunks a fair number of them, but not without accompanying controversy. Yoga is touted as a way to get yourself slim and toned because it boosts your metabolism. Science shows that the opposite is true, it actually slows metabolism, but in that slowing, it also helps the body recover and heal in ways that would be unlikely in the absence of yoga. This seems to be the cadence of the book. There are claims, science either supports or refutes the claim, but in the process, something about the refutation supports another aspect as to why that benefit occurs. Many questions are answered, but just as many fresh questions arise.

One of the chapters in the book deals with injuries, and for a discipline that prides itself on being very safe, yes, you can certainly hurt yourself doing yoga. Having said that, the number of injuries compared to other activities, including being sedentary, pales in comparison to the overall benefits. Plus, most injuries can heal, and an alteration of one’s routine are all that is needed to avoid such injuries in the future.

Added to the chapters is a list of who’s who in the history of yoga, a chronology of developments, discoveries and explorations, and a lengthy bibliography and end notes that adds close to a hundred pages to the core text.

"The Science of Yoga" answers a number of questions, and raises many more. Broad makes clear that science is a discipline that observes data and outcomes, and reports on the results. In many cases, claims do not hold up, but while debunking one myth, a discovery shows where yoga is getting it right, and opens up avenues to new ideas and new studies. This book scratched both my skeptical itch and my exploratory yearning itch at the same time. It made me feel more aware of the realities, but just as excited about the possibilities. If the idea of getting under the mystical layers of yoga intrigue you, and you like the idea of putting claims to the test and seeing where those tests lead, or may lead, then “The Science of Yoga” is an enjoyable read.
Posted by Michael Larsen at 10:43 AM