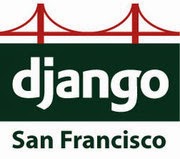 So this might seem an odd spot, but this has become something of a mission on my part for 2014. I’ve decided that I want to try to become multi-lingual when it comes to web frameworks. We have all sots of interesting frameworks to play with to make web apps and web sites,and Django is the Python centric web framework, and therefore one I want to know more about and get more experience with. Seems a great reason to come into San Francisco and see what the Pythonistas are doing and how they are doing it with Django.

Yes, this is going to be live blogged, and as usual, it may be messy at first. Forgive the stream of consciousness, I promise I’ll clean it up later :).


A bit about our topic this evening (courtesy of Meetup):

Django 1.7 is one of the biggest releases in recent years for Django; several major new features, innumerable smaller improvements, and some big changes to parts of Django that have lain unchanged since before version 1.0. Come and learn about new app loading, system checks, customized select_related, custom lookups, and, of course, migrations. We'll cover both the advantages these new features bring as well as the issues you might have when upgrading from 1.6 or below.


A bit about our presenter this evening (also from Meetup):

Andrew Godwin is a Django core developer, the author of South and the new django.db.migrations framework, and currently works for Eventbrite as a Senior Software Engineer, working on system architecture. He's been using Django since 2007, and has worked on far too many Django websites at this point. In his spare time, he also enjoys flying planes, archery, and cheese.

Randall kicked things off right away with a talk about how Django does password hashing and securing of passwords, with the estimated cost o what it takes to crack a password (hint, it's not that hard). If you want to be more security alert, Randall is recommending that we consider using BCrypt. It's been around awhile, and it allows for transparent password upgrading (users update their hash the first time they log in. No muss no fuss :). Sounds kinda cool, to tell the truth, I'm looking forward to playing with it for a bit.

The second talk discussed a bit on the Django REST framework. Some of the cool methods to handle drop down, pop open and other events were very quickly covered, and some quick details as to what each item can do. A quick discussion with fast flashes of code. I caught some of the details, but I'll be the first to admit, a lot of this flew right past me (gives me a better idea as to areas I need to get a little more familiar with). Granted, this is a lightning talk, so that should be expected, but hey, I pride myself on being able to keep up ;).

The third lightning talk basically covered a recap of what the Django group has been covering and some quick recaps of what has been discussed in the previous meetups (Ansible, Office Entrance Theme Music, Integrating Django & NoSQL, etc.). Takeaway, if we want resources after the meetups are over, we have a place to go (and I thank you for that :) ).

This seems like a great time to say that I'm relatively new to Django, so a lot of what's being discussed is kind of exciting because it makes me fgeel like I'll be able to get into what's being offered without having to worry about unlearning a lot of things to feel comfortable with the new details. Part of the new code is an update to South (which, as is mentioned above, is something Andrew is intimately involved in).

Details as to how apps are loaded and how to check for and warn programmers about what may happen with an upgrade. Having suffered through a few updates where things worked, then didn't and not having any clue as to why, this is very appealing.

Another new aspect is an adjustable and tunable prefetch option, so that instead of all or nothing, there's a spectrum of choices that can be looked up and help based on context.

A rather ominous slide has flashed across saying "Important Upgrade Notes", and a new detail is that all field classes need to have a deconstruct() option. It's now a required method for all fields. Additionally, initial_data is dead. It's important to have modules use data migration instead. In short, don't automatically assume that older modules that use initial_data will cleanly work. I will take Andrew's word on that ;).

So what's coming up in Django 1.8? Definitely improvements in interactions with PostGreSQL, as well as migrations for contributing apps. But that's getting a bit ahead of the race at the moment. Expect Django 1.7 to hit the scene around May 15th, give or take a few days. Again, I will take Andrew's word on that ;).

There's no question, I feel a little bit like a fish out of water, and frankly, that's great! This reminds me well that there is so much I need to learn, especially if my goal of becoming a technical tester is going to advance farther than just wishful thinking or following pre-written recipes. It's not enough to just "know a framework" or "know my framework".

As was aptly demonstrated to me a year and a half ago, I spent a lot of time in the Rails stack, and then I went to work with a company that didn't user Rails at all. Did that mean all that time and learning was wasted? Of course not. It did give me a way to look at how frameworks are constructed and how they interact. I'm thinking of it like learning Spanish when I was younger. Don't get me wrong, I'm not great shakes when it comes to Spanish, but I understand a fair amount, and can follow along in many conversations. What's really cool is that that gives me an add on benefit that I can follow a little bit in both French and Italian as well, since they are closely related. that's how I feel about learning a variety of web frameworks. The more of them I learn, the easier it will be to move between them, and to understand the challenge that they all face.

In any event, this was an interesting and whirlwind tour of some new stuff happening in Django, and I plan to come back and learn more, with an eye to understanding more next time than I did today. Frankly, that shouldn't be too hard to accomplish ;).


Thanks for hanging out with me. Have a good rest of the evening, wherever you are.

Posted by Michael Larsen at 7:20 PM