A Leaner and Cleaner Codecademy

A couple of years ago, I posted that I was excited to see the initiative that would become Codecademy get of the ground. At the time, it was limited in what it offered. It featured a course on JavaScript and some other small project ideas, and after a little poking around, I went on to other things. A year later I came back and saw that there was some new material, this time on Ruby and Python. A little more poking and then I went on to do other things.

I made a commitment to roll through Noah Sussman's "ways to become a more technical tester", which I follow up on each Friday in my TECHNICAL TESTER FRIDAY posts.. In that process, I decided it would be good to have a place that novice testers could go and learn some fundamentals about web programming. With that, I decided to go and give Codecademy another look, and I'm glad that I did. 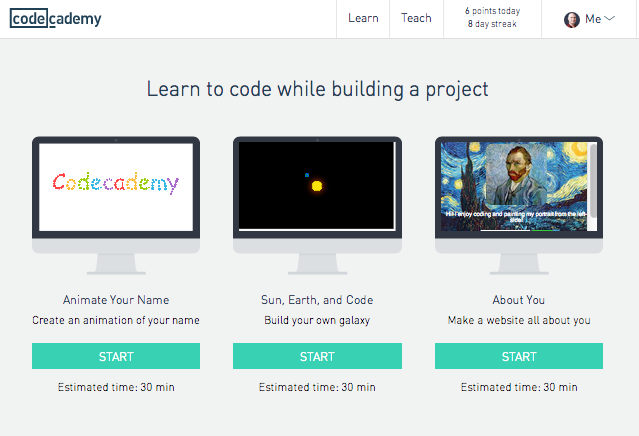 For starters, Codecademy has refreshed everything on the site. They talk about it at length in "Codecademy Reimagined", and I for one am impressed with the level of depth they went into the describe the changes. 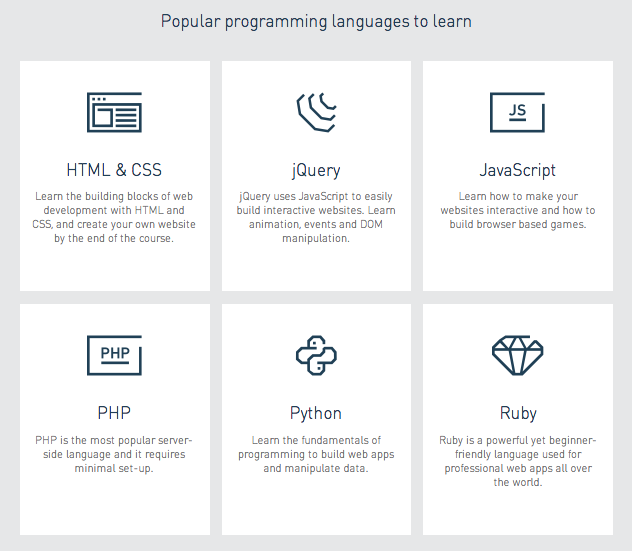 In addition, there are several small project areas that users can practice and make "Codebits" to show what they have learned. Some of the Codebits are already assembled (examples include animating your name, making a solar system model and a simple web site template, as well as open format Codebits that users can share. Additionally, there are also a variety of projects ranging from novice to intermediate and advanced levels so that you caa practice what you are learning.

Another cool section is the API track. Currently, there are 29 API's listed that users can experiment with, and make their applications so that they can interact with the various API's. the offering range from YouTube to Twitter to Evernote, and also show the languages best suited to using that particular API's (JavaScript, Ruby and Python). 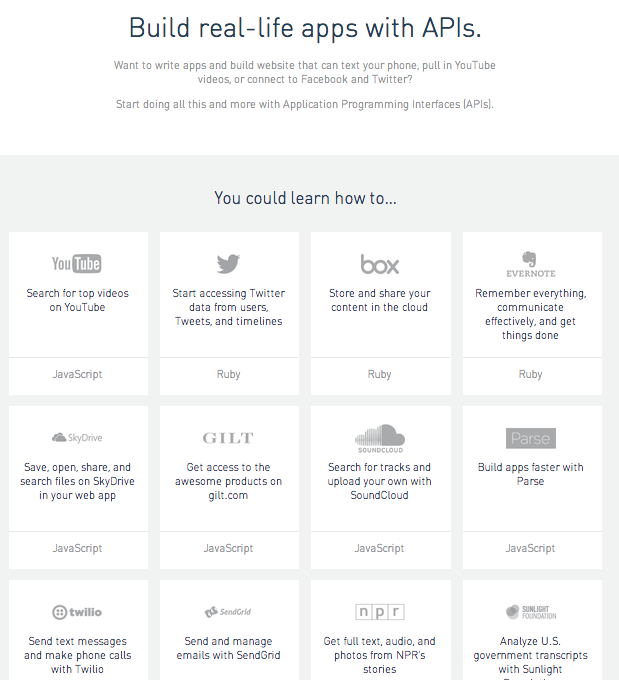 So how's the actual learning process? It's pretty solid, to tell the truth. Each track has a variety of initiatives, and a range of lessons and small projects interspersed throughout to keep the participant's attention. The editor can be finicky at times, but usually a page refresh will solve most of the odd problems. One of the nice attributes of having an account and working through the exercises is that your progress is saved. All of the steps from the first lesson to the last are recorded as part of your progress. That means you can go back and see your "cleared" examples and exercises.

Additionally there are Q&A Forums associated with each project, and so far, even when I've been stuck in some places, I've been able to find answers in each of the forums thus far. Participants put time in to answer questions and debate the approaches, and make clear where there is a code misunderstanding or an issue with Codecademy itself (and often, they offer workarounds and report updates that fix those issues). Definitely a great resource.  If I have to be nit-picky, it's the fact that, often, many of the Q&A Forum answers are jumbled together. Though the interface allows you to filter on the particular module and section by name, number and description, it would be really helpful to have a header for each question posted that says what module the question represents. Many do this when they write their reply titles, but having it be a prepended field that's automatically entered would be sweet :). 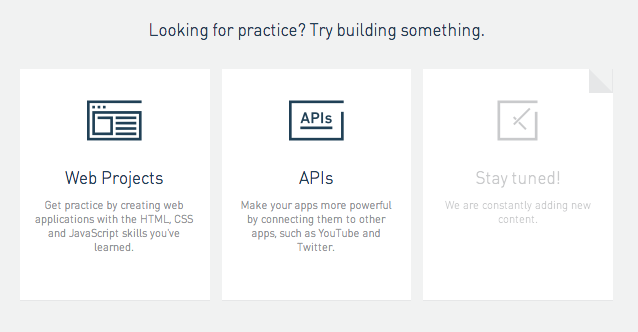 Overall, I think Codecademy has come a long way from when I first took a look at it about two and a half years ago. They have put a lot of effort into the site and their updates, and it shows. If you are already playing around at Codecademy, you already know everything I've written here. If you haven't been there in awhile, I recommend a return trip. It's really become a nice learning hub. If you have never been there, and are someone who wants to learn how to program front end and back end web apps, etc., and you like the idea of FREE, then seriously, go check the site out and get into a track that interests you. I'd suggest HTML/CSS, JavaScript, and JQuery first. From there, if you'd like to focus just on making web sites with little in the way of entry criteria, then check out the PHP track, otherwise, branch out into the Ruby or Python tracks, and work through the site at your own pace. It's not going to be the be all and end all destination to learn about programming, but seriously, you can make a pretty big dent with what you can learn here.
Posted by Michael Larsen at 2:07 PM