What's The Real Value of a "Liberal" Education? 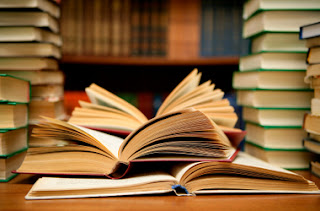 First, before anyone goes off, I'm referring to "Liberal" not in the political or social sense so common today, but in the classical sense, i.e.  broad and varied, wide and all encompassing. One that covers lots of ground and develops a strong inductive core of knowledge and thought. History, Literature, Philosophy, Music, Art, Science, Mathematics, and OK, a smattering of business and perhaps some technology.

What's got me thinking about this right now? I owe it all to Dan. In this case, the Dan in question is Dan Carlin (he's guilty of so many of my "out there" thoughts, but hey, that's why I love him). In his most recent Common Sense podcast, called "Pie in the Sky Cynicism", he goes on a wide and wild ride through a lot of topics, but it was his point that he made about education that fascinated me. He made the case that, right now, there's a huge debate about the "value" of a college education. The expense of a degree is absurd, that is a fact, but it's often been sold as the fact that having a degree is a key to get us a good job and we'll be able to recoup our money. It's an investment in our future... but you better invest in something that's gonna' pay big!

Having considered this, Dan then said something I thought was quite profound and very interesting. His point was that, for those talking about the economic value of a degree, or going to a trade school to learn a trade and earn good money, are missing the point. Through history, the purpose and value of a liberal education was not to train someone for a trade or for a job. the purpose and value of a liberal education was so that we would be exposed to enough interesting things available in life and learn enough about the human condition that we would have a large, inductive body of experience to draw upon to do "anything". In short, the value of a liberal education is not the ability to make money, it's the ability to reason, to consider, and most importantly, to adapt.

I've whined about this in the past because, personally, I think History, Archaeology, Paleontology, Music, Philosophy, Epistemology, and Art are awesome. Sadly, today we're taught that studying this stuff will be limiting, that we will doom ourselves. Seriously, where's the money in history?

I find this sad and frustrating because we've lost something valuable in our quest to mint this current generation of bankers and technologists. There is, of course, a need for bankers and technologists, of doctors and policemen, of farmers and engineers, and all sorts of other jobs out there. Yet we have sacrificed some really interesting things in our educations because we've come to consider them not valuable.

I will say, though... there is a place where I firmly believe that the classic liberal arts education is immensely valuable, and yes, I believe that Software Testing is that place. Why? Because we are the ones who have to constantly reinvent our ideas and our ways of looking at the world. Testers are philosophers. Testers are historians. Testers are paleontologists. We are the "squints", to poach from Seely Booth. We ask the questions others won't ask. We look to what's gone on before to see what could happen going forward. Thus, we could and should be considered one of the last bastions of the true liberal arts education tradition, and maybe we need to start thinking of ourselves as such.

Note, in none of this have I said anything about "getting a degree", and that's on purpose. Part of this is my opinion that, sadly, I don't think a true, classic liberal arts education is available any longer. Judging from many of my friends who have graduated from Universities in the past two or three decades, they will certainly tell you that the classic liberal education, or even the desire to get it, is fading. Testers, it falls to us to protect the Agora, and frankly, I think the only way we will do it is if we embrace the ideas and ideals of a true, classic liberal arts education ourselves, and do so on our own accord and on our own terms. Not for money or profit, not for a sheepskin, but for its own sake. To reason. To think. Most importantly, to allow us to pivot and adapt to a world that refuses to stand still.

This kind of attitude is part of what's so exciting about testing as a field. The pressures of the job really force me to be creative, flexible, and aggressive about testing. I've got an MA in History, and I'm often a one man test team. It's a weird place to come from, but I think it works.

If the business world can see the value of an MBA, they should see the value of liberal arts. There's a lot to offer from open ended education, and a practiced desire to understand the world.

I faced much the same dilemma about the "value" of my liberal arts education back in 1981 since I chose to major in Theater (design) and Latin when my primary skill set was in math and science.

That education taught me how to think analytically and to appreciate a diversity of views (how do those "artsy" people really think???), so that later targeted coursework in Comp Sci / accounting / business / org theory all built on those core capabilities.

Based on my experience, I have to question if this is really a new issue. In addition, there are fairly easy ways around the perceived need for "training" to earn a living.

I do not regret my choice of undergraduate major and see the insights gave me as invaluable in making me far better and more employable at this point in my career than I believe I would otherwise have been.

I'm also not convinced that the availability or value of a liberal arts education is as threatened as the headlines may like to paint it (see http://www.mtholyoke.edu/news/stories/5684248 for example about one "great value" college ... yes, I'm biased. :-) )

It is good to raise the point to examine the attitudes though, so thanks for the post!