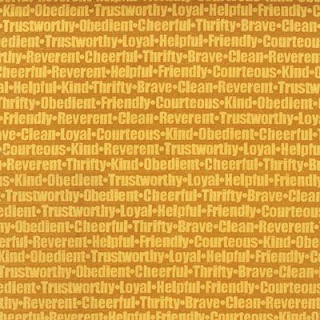 This is the second of a 12 part series.

My “challenge” now is to see if I really could map testing to the Twelve Points of the Scout Law.


A Tester is… Loyal

When I describe the idea of Loyalty to a scout, I make it a point that he is true to his friends, scout leaders, school, and nation. He honors them and their ideals. He maintains respect for them, and he demonstrates that through action. Some would say that “greed” is the true driver of success, but I disagree. I believe loyalty has a much bigger hand in the success or failure of a venture, any venture.


I want to thank Matt Johnson over at uTest for his May 20th Blog Entry “Just How Loyal Is Your Community?”, because it emphasizes this point in an excellent way. uTest had a situation that could have easily been capitalized on and provided some short term gain for some. What was interesting was to see just how many responded to the situation and how many did what they did to rectify the situation. Testers often give many hours of their time in service to open source projects in which they get no pay for, yet still put in tremendous cumulative hours to see these tools thrive and grow. Newsgroups are full of testers commenting on, encouraging, sometimes complaining about, but usually participating in a process of improvement of their practice. Why? Because they believe in the products, services and even more, the community that supports them.


To this end, I believe it is not just important that a tester be part of the testing community (or a testing community) I believe it to be critical. People want to have something to believe in, and when they find it, they will give their loyalty to it. So long as that community stands and proves to be worthy of that loyalty, then yes, they deserve to have it and to foster it, and testers who develop loyalty to their community will reap benefits from it. The benefits, of course, are not always those that are financial or even immediately tangible, but they will benefit by increased learning and experience in ways not having that sense of loyalty will not.


Yes, I believe that Loyal deserves a place at the table in the Testers Law :).
Posted by Michael Larsen at 6:00 AM

Glad you found the uTest story as telling and inspiring as I did, Michael. And I couldn't agree more that loyalty and integrity belong squarely in the testers' oath.

Quick update for your readers: less than three weeks after this snafu on our part, 99.8% of the money has been refunded... astounding and awe-inspiring!

Matt, that's awesome news, and I'm really happy to hear that the uTest community responded in the way that it did. It speaks volumes to the service that you all have built and the fact that the community behind it wants to see it thrive.